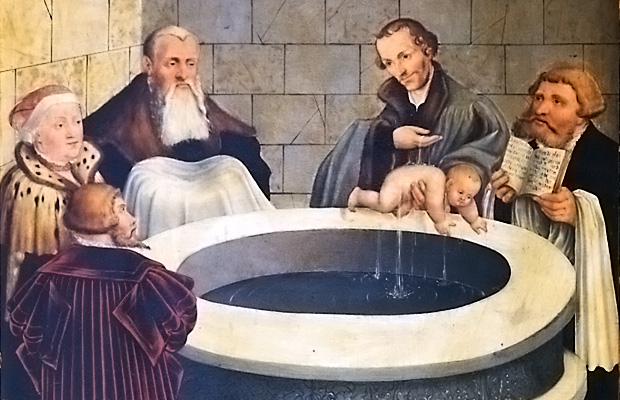 We live in a strange moment in human history. This is the time of the Superstar. We have superstars in television and movies, superstars in music and sports, superstars in politics, and, yes, even superstars in religion. Recently, Brent M. Farias wrote an article for CharismaNews titled “Beware of Superstar, Self-Appointed Church Personalities” (10.9.14). Farias called attention to the contemporary Christian fascination with superstar personalities. He denounced the excitement displayed by thousands who flock to see the special, superstar speaker, and the absence of enthusiasm given to their local, “no-name” pastor. Similarly, an article by John UpChurch on Crosswalk.com (10.10.14) asked the question: “Are ‘Superstar’ personalities hurting the church?” In it, he referenced the, “pomp and grandeur, expensive clothes, and pleas for money” that characterize the contemporary, Christian elite. Both of these writers decry the influence of “larger-than-life,” Christian personalities. By implication, both writers cause the contemporary Christian to wonder if there has developed a new hierarchy in the faith: the Christian nobility vs. the Christian commoner, the spiritual superstar vs. the spiritually ordinary. Are the mega-church, big box church, and TV preachers in a class by themselves? Are the super-teacher, über-apostle, and mega-miracle Christian celebrities more anointed of God and more beloved of humanity than the rest of us?

You may think that the issue of spiritual hierarchy has arisen because of the media explosion of our time. Though the world-wide web and instantaneous news surely play a part, this problem has faced Christianity from its beginning. See St. Paul’s admonition to humility and unity in his Epistle to the Romans:

For through the grace given to me I say to everyone among you not to think more highly of himself than he ought to think; but to think so as to have sound judgment, as God has allotted to each a measure of faith. For just as we have many members in one body and all the members do not have the same function, so we, who are many, are one body in Christ, and individually members one of another. (Romans 12:3-5)

The Power of Baptism

Nor should it surprise us that Dr. Martin Luther faced this same issue at the beginning of the 16th century, the time of the great Reformation of the Church. In Luther’s day, all clergy were deemed to be part of the “spiritual estate,” while all laity were supposedly confined to the “temporal estate.” Luther spoke and wrote powerfully against such a spiritual hierarchy in a 1520 treatise titled To the Christian Nobility of the German Nation:

Let us begin by attacking the first wall. It is pure invention that pope, bishop, priests, and monks are called the spiritual estate while princes, lords, artisans, and farmers are called the temporal estate...[A]ll Christians are truly of the spiritual estate, and there is no difference among them except that of office. Paul says in I Corinthians 12 [:12-13] that we are all one body, yet every member has its own work by which it serves the others. This is because we all have one baptism, one gospel, one faith, and are all Christians; for baptism, gospel, and faith alone make us spiritual and a Christian people. (LW, vol. 44, p. 127)

As far as that goes, we are all consecrated priests through baptism as St. Peter says in I Peter 2 [:9}, “You are a royal priesthood and a priestly realm.” (Ibid.)

We are holy and acceptable before God on account of our Baptism, not our vocation.

The vocation of every Christian is equally acceptable before God. Every Christian offers a priest’s sacrifice of faith and life, a priesthood of all believers.

In the same year, 1520, Luther wrote another treatise, The Babylonian Captivity of the Church. In it, Luther directly addressed I Peter 2:9:

If they were forced to grant that all of us that have been baptized are equally priests, as indeed we are, and that only the ministry was committed to them, yet with our common consent, they would then know that they have no right to rule over us except insofar as we freely concede it. For thus it is written in I Pet. 2 [:9}: “You are a chosen race, a royal priesthood, and a priestly royalty.” Therefore we are all priests, as many of us as are Christians. But the priests, as we call them, are ministers chosen from among us. (LW, vol. 36, p. 112-113)

Through Holy Baptism, Luther establishes a unified priesthood, and a common acceptance of all Christians and all vocations. Every Christian is a priest with access directly to God. Not one is higher than another or has greater access than another. Every Christian vocation offers life and service that is equally acceptable to God. Not one vocation is more righteousness or more God-pleasing.

A Kingdom of Priests

In Exodus 19, God told Moses that He wanted to establish a covenant with His people:

“Now then, if you will indeed obey My voice and keep My covenant, then you shall be My own possession among all the people for all the earth is Mine; and you shall be to Me a kingdom of priests and a holy nation.” These are the words that you shall speak to the sons of Israel. (Exodus 19:5-6)

But, Israel did not obey God’s voice and did not keep His covenant. God’s desire for a holy nation did not end. God had determined another way through which he would establish for Himself a holy people, namely, by grace through faith in the atoning sacrifice of His own Son, Jesus Christ.

[Y]ou also, as living stones, are being built up as a spiritual house for a holy priesthood, to offer up spiritual sacrifices acceptable to God through Jesus Christ...But you are a chosen race, a royal priesthood, a holy nation, a people for God’s own possession, so that you may proclaim the excellencies of Him who has called you out of darkness into His marvelous light; for you once were not a people, but now you are the people of God; you had not received mercy, but now you have received mercy. (I Peter 2: 5, 9-10)

Through Jesus Christ, God has established a new race, not dependent upon human descent, but upon spiritual condition. All human differences are eliminated. God has created a kingdom of priests, a holy nation of His own people. Every Christian man, woman, and child may approach the throne of God, with full rights and authority to speak directly to the Almighty. Every one of His priests may offer sacrifices that are acceptable to Him, with no man in between and with no position higher or more holy. God has created a whole race of people, possessed by God, bought and paid for by the blood of His own Son (I Cor. 6:20).

Now every royal priest may proclaim his or her glorious citizenship and authority. Every believer: the butcher, the baker, and the candlestick maker, is a priest and proclaimer. The laity declare their faith in Christ at home and in personal conversations. The clergy declare the faith of all believers in Word and in Sacrament in the public arena. There is no conflict or competition because all are equally acceptable, all are one, and all are little-Christs. As Luther taught, all are larvae dei, masks of God

Because of our sin, God cannot reveal Himself directly to us. We cannot see God and live (Ex. 33:20). So, God reveals Himself to us through various masks, larvae dei. His masks include His Word, the Incarnation, and the Sacraments. Unexpectedly, God even uses human beings as His masks. He inspires our hearts and uses our hands and voices. In this way, we become His instruments, carrying out His divine will in the world. This is never to earn His love, but because His love has filled our hearts and transformed our lives. Now, we are little-Christs, masks of God. As Luther writes in a third treatise of 1520: The Freedom of a Christian:

Hence, as our heavenly Father has in Christ freely come to our aid, we also ought freely to help our neighbor through our body and its works, and each one should become as it were a Christ to the other that we may be Christ's to one another and Christ may be the same in all, that is, that we may be truly Christians. (LW, vol. 31, pp. 367-368)

We live in a strange moment in human history. This is the time of the Superstar. But, the truth is that not one of us is a superstar. There is no spiritual hierarchy. There is no spiritual nobility. There is no spiritual superiority or inferiority. There is only Christ. What Luther taught 500 years ago is still teaching us today. Whether clergy or laity, great or small, we are all just sinners who have been saved by grace through faith in Christ. For that reason, though we are not superstars, perhaps we are something even more glorious: we are little-Christs, the masks of God. God is hiding Himself in us. God inspires our hearts and uses our hands and voices to do His work in the world. We are a priesthood of all believers!