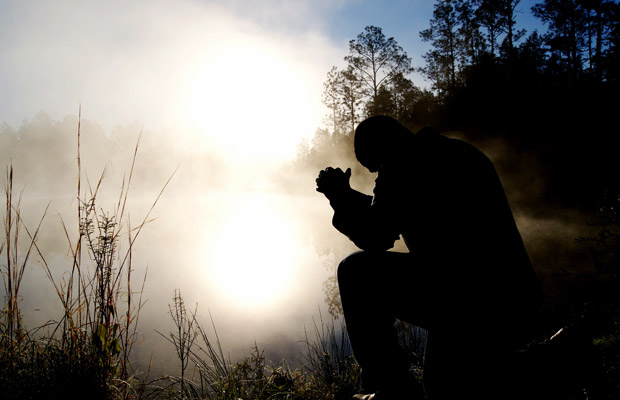 Luther’s Lenten observance included disciplined attention to the confession of sins, prayer, the Ten Commandments and the Creed. It is true that these subjects always received Luther’s careful study, but during the Season of Lent his spiritual attention was even more pointedly focused. [1]

Luther’s personal spiritual discipline included extended periods of prayer. He not only recited the Ten Commandments, he prayed them. Luther not only recited the Creed, but prayed it as well. Each served as a mirror for confessing sins. Of course, The Lord’s Prayer served as a primary component of his life of prayer and meditation. Yet, Luther was quick to point out that prayer should come freely from the heart. As he writes in his Lenten postil of 1523:

“You will never pray well from a book. You may certainly read it and learn how and what you should pray for, and it may kindle the desire in you. But prayer must come freely from the heart, without any made-up or prescribed words, and it must itself form the words that are burning in the heart.”

Luther determined to provide devotional instruction for his congregation, and in 1522 published a Personal Prayer Book. It is very interesting to note that though it contained the Lord’s Prayer, the Ten Commandments, and the Creed, the Personal Prayer Book did not contain even one of Luther’s own prayers. It included instruction on personal praying and guidelines for the confession of sins.

The Personal Prayer Book was extremely popular, requiring some 35 editions in Luther’s lifetime. Editions soon included the texts of eight psalms with suggested prayer themes, as well as the Epistle to the Romans, I and II Timothy, I and II Peter, Jude and Luther’s Sermon on Contemplating the Holy Suffering of Christ.

The church at Wittenberg provided two worship services each weekday, Monday through Saturday. Sunday included three Services of Worship. During Lent, Luther preached on the Catechism on Monday and Tuesday mornings, Epistles on Thursday and Friday mornings, the Gospel of Matthew on Wednesday mornings, and the Gospel of John on Saturday mornings. Vespers on weekday afternoons included Psalms, lessons, and prayers. Sundays included sermons on the Epistles at 6 AM, the Gospels at 8 or 9 AM, and Vespers in the afternoon included a sermon on the Old Testament lesson. Though Luther was not the only preacher, he was the primary one.

In this way, Luther preached through the Ten Commandments, the Creed, and the Lord’s Prayer each Lenten Season. He finished with the Sacraments by Holy Week. Each component served as a mirror for confession of sins and preparation for the passionate sacrifice of Our Lord. Also, Luther preached through the passion narratives in the Gospels, and related passages in the Epistles, Psalms, and Old Testament.

In short, Luther focused his attention and that of his congregation on the Commandments, Creed, Lord’s Prayer, and Sacraments each Lent. This practice was established in his preaching and study regimen years before he published the Large and Small Catechisms (1529). The careful prayer, meditation and proclamation of each of these components provided Luther and his congregation with contrite confession and penitential preparation for the holy and passionate sacrifice of the Lamb of God. Perhaps, a return to the prayerful study and preaching of these catechetical texts would help to prepare our hearts for a Lenten journey to the Cross of Christ.